Did we really need the Airblade… ? 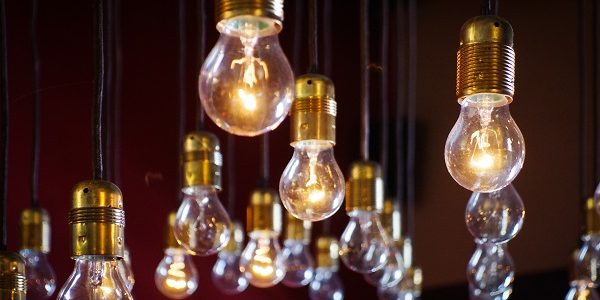 This thought struck me recently as I watched my skin wrinkle and deform under the blast from an imitator of Mr Dyson’s ‘revolutionary’ hand-drier.

This ‘innovation’ has brought a different, higher pitched, screech to the rest-rooms of motorway service areas, and of course it has brought an entertainment factor for those kids (young and old) who enjoy watching their skin contort under its blast, but if these are the only benefits…. then why?

Sure, it has captured market share. It has allowed rest-room owners to demonstrate that they have a ‘cool’ rest-room. I’m not sure any claims for improved drying speed are high on the list of rest-room user requirements. It doesn’t catch the water stripped from our hands – on most of the ones I’ve used this collects and then spills over onto our shoes – and, it can’t dry my face, nor my shirt or tie after an exploding lunch….

But it has certainly disturbed the comfortable near-monopoly of World Driers Inc. and their many re-sellers. It has gained market share and made money for its originator (and imitators), and yes, thereby created some jobs for an economy somewhere (let’s not get into the debate about moving manufacturing off-shore to Malaysia – it might not be relevant to the airblade – I didn’t look too closely for its country of manufacture).   But it hasn’t really satisfied an unmet need of world-changing proportions in the way I’d have hoped for a company led by a man credited with being one of the great innovators of recent times.

It has redistributed the wealth at the top of the pyramid, rather than moved mankind forward. It certainly hasn’t done much for the bottom of the pyramid.

I recently posted that I was disappointed that some of our best talent was being sucked up into sexy but ultimately meaningless careers in software development for the entertainment industry – creating new ways to entertain instead of new ways to meet real and unmet needs of society. Hmmm…  my apologies if this sounds like a recurring theme.

But then previous similar ‘successes’ have included a new way to vacuum clean the houses of those who want to look ‘cool’ (and perhaps to show their neighbours that they can afford the most expensive machines on the market), and a wheelbarrow with a ball instead of a wheel… Neither ‘great innovation’ gets close to a definition of ‘useful’ technological innovation, which in my opinion, should see mankind’s burden eased in a perceptible way.

The pursuit of the ‘cool’ euro / pound / or dollar is good business for the entrepreneur – but what a waste of the brains involved. Come on Mr Dyson (and as a standard-bearer you get to take the flack, but this article is also aimed at other ‘cool’ technology entrepreneurs) – take a look at some of the real challenges society faces; those which need your company’s brains to resolve. These may not provide as well-defined a market to disrupt (a win-lose if ever there was one) but new markets are surely there to be created – and society might really move forwards as a result. Don’t wash your hands of the bottom of the pyramid….