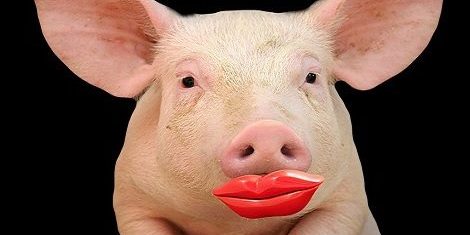 First you optimise your processes, and then you automate. The contrary is, as an American colleague once remarked, about as useful as this title suggests. So, when this is widely known good practice, it was not surprising that a workshop on ‘Why digitalisation in the project execution process has still not brought a fourth industrial revolution to the Engineering function’ provoked some strong opinions.

Two impulse presentations identified that today’s project processes are ‘document-centric’ rather than ‘data-centric’ and that this is a hugely inefficient way to work. Today’s digital capabilities make data-centric project execution possible, but this would require a revolution in the project execution processes and the monitoring of their progress and payments. Whilst EPC contractors are preparing to work in this way, one big obstacle is the Operator’s procurement process.

The data-centric concept is simple enough – all parties working on the same project make accessible their data to all other parties as it is completed. Once data is released as mature, the next user of the data can access it without delay. All functions put into the database as they deliver and take from it as they need. This single source (and repository) of all project data is used to monitor progress of the project in real time and at the end of the project it (or a copy of it) is handed over to the Operator to be updated by him (or his third-party data service provider) as ‘as built’ becomes ‘as maintained’.

But today individual functions inside EPCs produce documents. When a batch of these documents (containing many fields of information) is complete, they are handed over to successor functions, often a trigger for a milestone or stage payment.

Individual data elements in each document may have been mature for weeks but not accessible until the whole batch of documents is released. This delays the successor function and the overall project schedule. Sourcing necessary data from multiple documents is an obvious inefficiency through double-handling of data. Reporting struggles to maintain relevance as it can be several days to compile progress reports from multiple deliverables. Inefficient and costly practices in the field have developed to overcome the problem of multiple conflicting construction documents; many of these could be eliminated with a single, direct data source. Re-use of pre-existing library design data would also be enabled with a data-centric project process.

Individual functions have optimised and digitalised their own departmental processes but without changing the overall document-centric project process.

Group discussions sought causes of the problem; that is obstacles to change to a data-centric approach.

‘EIIL’s Industry 4.0 Workshops allow us to share and gain insights from all sides through high level discussions outside the selling / bidding process’ said Frank H, senior director of a major EPC contractor and one of the impulse presenters.

There were muted calls for a cross-industry standards body to work to develop the definitive standards, and one such well-funded interest group was quoted. But those involved in STEP, PISTEP and all successors, know how long such initiatives take. And it was felt also that the term ‘fourth industrial revolution’ implies breaking the rules, making something different which makes old-school thinking obsolete overnight. A disruptive paradigm-shift, not a cautious consensus.

There were the calls for ‘top management’ to take the time and interest in digitalisation to mandate such a change. Business case calculations show benefits many times above the spending limit of those currently taking the decisions, but the route to bring these to top table appears littered with career-limiting obstacles. it’s not surprising that a compelling call for revolution is not heard from the Operators.

Revolutionaries were present, possibly over-represented, and made a good case for the art of the possible, but they also agreed on a significant obstacle: that the Operator’s procurement process gets in the way. In seeking a level playing field to ensure procurement ‘professionalism’, Operators are in danger of specifying not just ‘what’ they want but also ‘how’ it should be delivered, and then using processes which are ‘old school’. As one participant put it ‘they’re asking us to bid to provide them with hands and not brains.’

The workshop agreed there’s a need to change, but that change can only come if Clients’ procurement processes allow new ways of determining progress (and milestone payments) based on data-maturity and not delivery of documents delivered.

The role of procurement will be discussed to complete the three-workshop series looking at digitalisation in the Engineering function. A third workshop in the series will be held in Leverkusen on 7 / 9 where procurement will get to answer the charge.